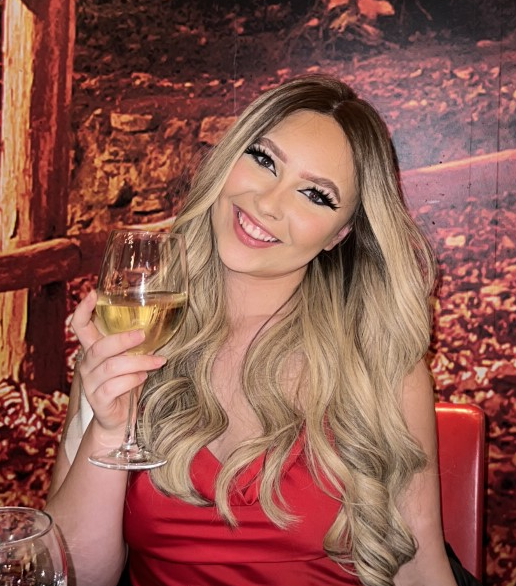 In support of Eloise May

"No one should have to be told that they have cancer. If my rollercoaster of a journey can help anyone in even the slightest way, then it'll make me very happy"

Donate in support of EllsOpen a new fundraising page

On the 29th December 2021 I woke up with what I thought was a sort of growing pain in my right arm, starting at my chest and running all the way down to my fingertips. After a trip to the doctors and a prescription of co-codamol, I hoped that it would ease. A couple of weeks later my arm started to ache again but I didn't pay too much attention to it and thought it would wear off, but it didn't.

I phoned 111 and after speaking to the doctor was told to go to A&E, where I had bloods taken and an ECG done - I was then told I tested positive for a blood clot following a D-dimer test. Following this I had a chest x-ray, was given some blood thinners and booked in for a VQ scan as they thought the clot was in my lungs. The VQ came back all clear, but I still didn't have an answer for this mystery pain. A few days later I received a call explaining that a radiologist had looked at my chest x-ray and noticed some slight contouring and a further CT scan had been arranged.

I had my CT scan on the 4th February 2022 and was told I would get the results in 1-2 weeks, however the next day I received a call asking me to go to the hospital with a family member. I can't really remember much of what they said to me but something along the lines of there was a 5x5x7cm mass in my chest, lymphoma and then the big C...

I don't think anything in this world can prepare you for being hit with that word, it just didn't feel real, and it still doesn't. I was admitted to hospital that day and had a biopsy a week later which confirmed I had Stage IV Non-Hodgkins Lymphoma (primary mediastinal b-cell lymphoma). I was told I would need 6 treatments of EPOCH-R, each of which would involve 6 days of 24-hour infusions as an inpatient.

As an outgoing, fit and sporty 20 year old - I really wasn't prepared for the extreme fatigue that my treatments would cause. The chemo also caused me to lose my lovely long blonde hair which was absolutely devastating - long blonde hair has been my trademark since I was about 4 - I just felt numb when it was coming out in clumps. There have been a lot of ups and downs - even an unexpected hospital admission with sepsis, but I am still feeling as positive as I did in the beginning - which I definitely think is half the battle won!

My advice for others is that if you feel something isn't right, do not take no for an answer and keep pushing - you know your own body. I'm so glad I pushed for answers as my lymphoma was classed as high grade and was growing at speed.

Young Lives vs Cancer have been present since the very beginning and continue to help both myself and my family pretty much daily. Their support and guidance has made a horrific situation so much easier to deal and cope with. We are raising funds to help other families that unfortunately have to go through the same.

You can find out more about my cancer journey my reading my blog: Raves to Rituximab - My battle with Non-Hodgkin's lymphoma

Donate in support of EllsOpen a new fundraising page