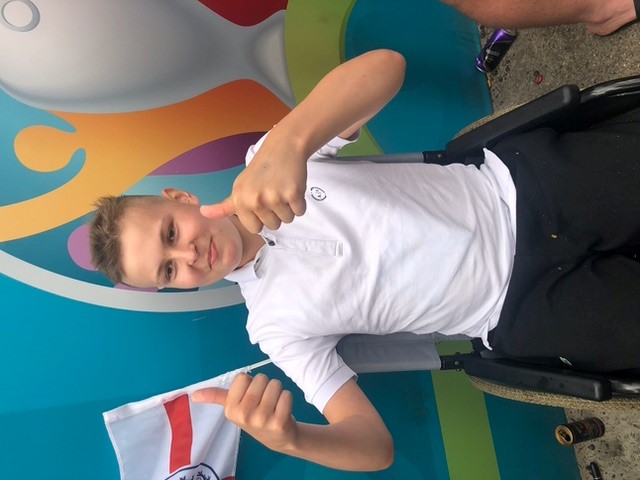 In memory of our beautiful son Connor. Diagnosed with Medulloblastoma aged 13

Connor was diagnosed with a Central Nervous System, Medulloblastoma brain tumour on the 23rd March 2020 (lockdown day). It was in the lower part of his brain where muscle coordination, balance and movement are controlled. His cancer had also spread down his spine.

Connor went from being a very active and fit 13 year old boy who loved his rugby, to losing the use of his lower body within weeks of his diagnosis due to tumour growth in his spine causing spinal compression. He underwent initial brain surgery to remove as much of the tumour as possible, this left Connor unable to speak properly, walk, coordinate his hand movements and double vision. He then went onto have emergency radiotherapy to shrink the tumours in his spine as fast as possible. This came with the risk of paralysis or spinal damage but we had no choice to save Connors life. Thankfully this worked and he was able to continue with a further 6 weeks of high dose radiotherapy. This treatment was extremely harsh on Connor, and a real test of his endurance and strength to get through it.

In the course of this time he started to have seizures and was diagnosed with Hydrocephalus, the ventricles in his brain were blocked. He had to have a shunt fitted in his brain which drained fluid away directly into his stomach. This blocked numerous times needing further surgeries each time.

In total over 19 months, Connor had 18 surgeries.

Following the radiotherapy treatment he then went on to have high dose chemotherapy. This was very tough on Connor, both mentally and physically. He had a very long stay in hospital, approximately 4 months. Due to Covid only myself and his Dad could be with him and not at the same time, we had to keep swapping over.

The treatment destroyed his bone marrow so each time he has had to have a bone marrow transplant using his own Stem cells which were harvested before treatment began. During the 3rd round his body could not take anymore and he went into heart failure. Connor was intubated and in an induced coma whilst they stabilised him. It was decided the risks were too great to continue with this treatment so he was put on a tablet form of chemotherapy for 6 months. 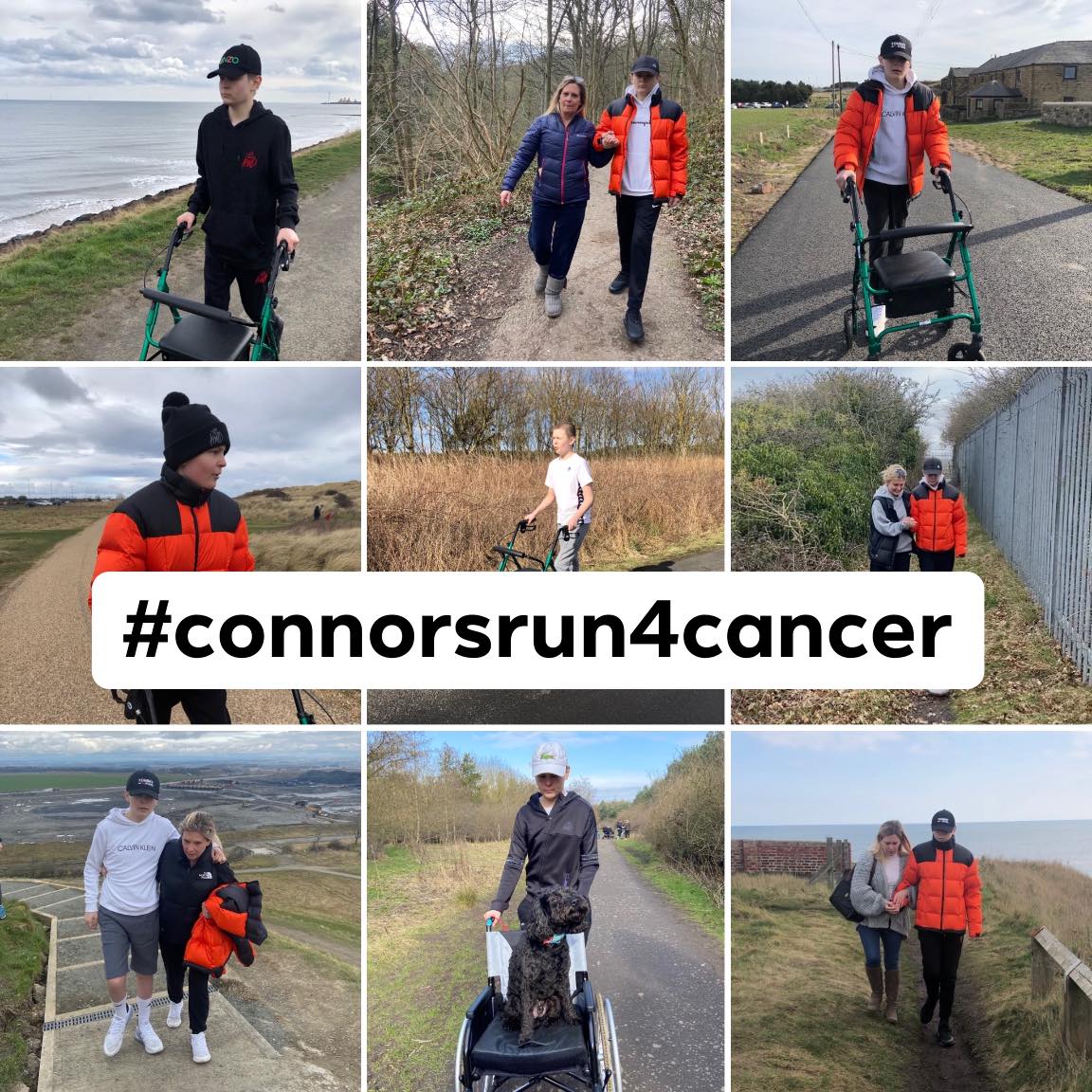 In March 2021, Connor was keen ditch his wheelchair, crutches and zimmer frame, he wanted to regain his strength and mobility and said he would like to do something to help other children and their families in this area living with childhood cancer. Connor set  himself a goal to walk 20 miles in March. To some this may not seem a lot but for Connor this was a huge achievement. His fundraising was phenomenal and he raised nearly £18000 for children's cancer charities.

Connor’s strength was growing every day but then in June 2021 we received the devastating news that the cancer had returned in his spine.

We were told that he was now terminal with only months to live. They operated on the spinal tumour to de-bulk it and give him some quality time, without the surgery he would have been paralysed from the head down within weeks.

We were able to enjoy another 3 months with our precious boy before he passed away. He fell asleep forever, peacefully at home with his whole family cuddling him and singing to him at the age of 15.

Connor was the most special, funny, courageous, brave, kind hearted person I have ever known. Connor really did have a heart of gold, he had the funniest sense of humour and made everyone’s life so much easier during his treatment with his attitude.

Connor’s moto for all of us has become, “ONE MORE STEP”. When things were tough, he’d say, “Can I take one more step?” And the answer was always YES.

Thank you all for your support,