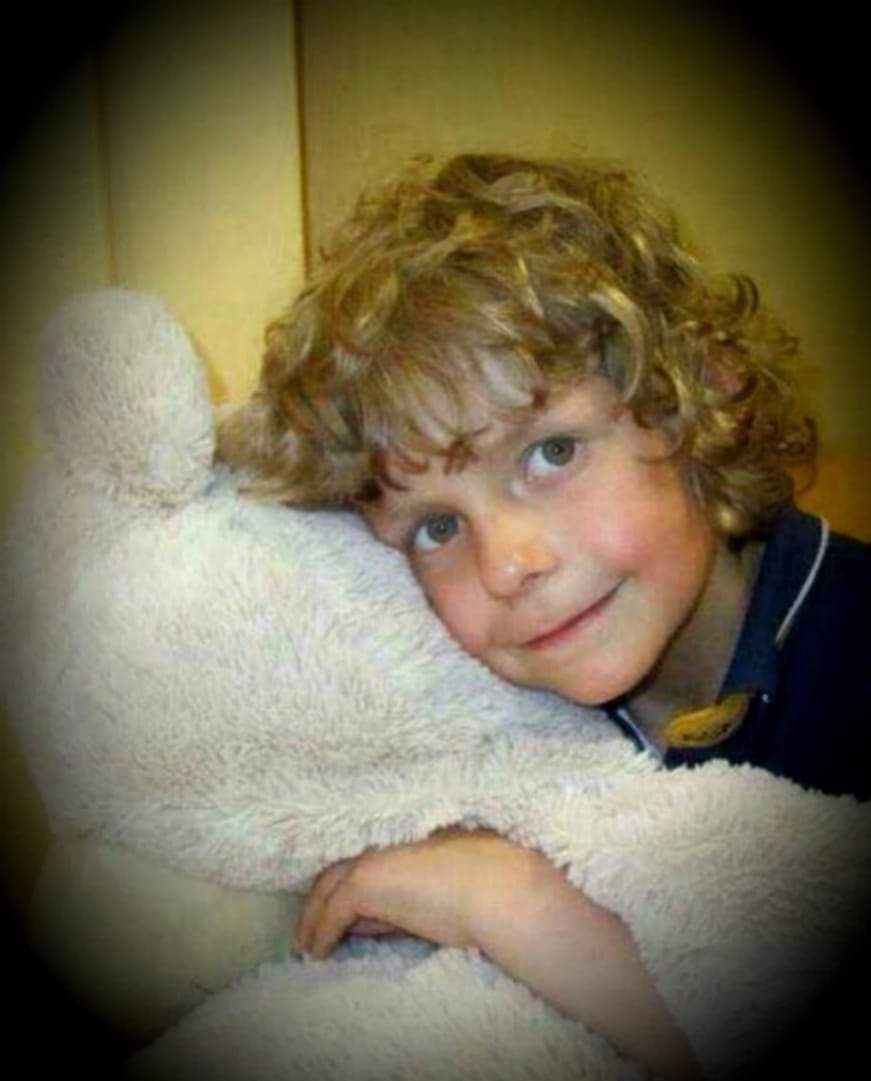 Alfie started reception in September 2012 aged 4, a healthy, happy little boy. He was tired but I put this down to starting school full time.

October half term came and I noticed his tummy was swollen. Daily his tummy would get bigger, we decided to take him to the doctors, we ended up seeing nurse who said it was a hernia, motherly instincts were saying something else. We then asked for a second opinion and saw a locum doctor, he took one look and called Lincoln hospital. That night we were sent to Lincoln hospital where scans and bloods were carried out. We were then called into a room by the Doctor and he told us there was a large mass on Alfie's diaphragm but he couldn't diagnose, he then sent us to Sheffield Children's hospital (M3 children's cancer ward) the following morning.

After more scans, bloods and biopsies were carried out we got called into a room, without Alfie. We got told he had Lymphoma, on day two they sent him to have Hickman lines fitted, we then got told it wasn't Lymphoma and that it was Leukaemia, he started chemotherapy straight away. Day three came, bonfire night 2012, we got called in to see the consultant once more, Alfie was diagnosed with stage 4 Rhabdomyosarcoma, he had a 4% chance of survival, this to us was a complete shock. Alfie's primary tumour was unoperable, he then started his 6 months of intensive chemotherapy, we didn't know if he'd make it through the first Christmas. He was extremely sick. Somehow he actually made it home for Christmas, his older brothers George and Henry were over the moon.

He breezed through his chemotherapy, he then had 28 days of radiotherapy, everyday he'd dress up as a different superhero. Alfie was then on maintenance chemotherapy for a year. He finished this and we had a date for his wigglies to be removed, but sadly a few weeks after his treatment finished his cancer showed its ugly head, the only option was chemotherapy to prolong his life. We had 12 months with him. We made so many wonderful memories. Alfie passed away 13th June 2015, aged 7.

Whilst Alfie was undergoing treatment Young Lives vs Cancer were amazing, always available for a chat or even a shoulder to cry on. They also offer so much more to families like ours. And this is the reason to why I run and raise funds for this amazing charity. And also to keep Alfie's memory alive.